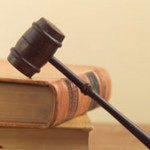 Just this past week the U.S. Second Circuit Court of Appeals ruled to prohibit criminal prosecution for truthful off label promotion of drugs as a First Amendment right. An excellent analysis of the case can by the law firm of Morgan, Lewis and Bockius can be found at:  MorganLewis.com – First Amendment Prohibits Criminal Prosecution of Truthful Off-Label Promotion [PDF] and I direct anyone interested to read this summary.  I will not go into details but, rather, discuss how this may affect antibiotics and lower extremity infections.

The case, United States v. Caronia, was against a drug rep who was taped on two occasions discussing off-label use of a drug, Xyrem, used for narcolepsy, which is a misdemeanor.  From my interpretation of the referenced information, it appears that the Court decided that since the Food, Drug and Cosmetic Act allows physicians to legally prescribe any licensed drug for any indication, promotion of such use, as long as it was not false or misleading, was a “lawful activity” protected by the First Amendment.

Lower Extremity Infections, Big Pharma, and what Effects to Expect

I will start by saying that I don’t believe that this will open the floodgates for armies of drug reps knocking down doors to speak about unapproved uses.  This will probably have to go higher in the court system with the next step being the Supreme Court.  Furthermore, many of the Big Pharma players are running somewhat scared of the Feds right now having sustained multi- BILLION dollar fines and signing “Corporate Integrity Agreements” with the Government that puts very strict rules in place on what they can, and cannot, do in terms of promotion.

Impact on Antibiotics and LEIs 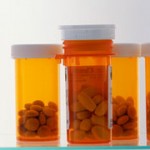 How does this impact antibiotics and LEIs?  Currently we only have three antibiotics FDA approved for the treatment of Diabetic Foot Infection (DFI): ertapenem, linezolid and piperacillin/tazobactam.  This may not change in the near future.  Under the current “Acute Bacterial Skin and Skin Structure Infection” (aBSSSI) guidance being followed by the FDA for new antibiotic approval, diabetic foot infection has been SPECIFICALLY EXCLUDED.

Although I am hoping that will change in the near future, without a pathway for approval, I don’t see any antibiotics being tested for this until there is a change in policy at the Agency.

A similar situation exists with osteomyelitis.  Because the FDA does not currently have Guidance for Industry on performing a clinical trial for osteo, no antibiotic has been approved for the indication in close to 20 years.  In the meantime, there have been a number of excellent antibiotics with good clinical data for both DFI and osteo that have not been promoted for lack of indication.  If this current ruling stands I don’t see why a rep couldn’t speak to a doc in a truthful and scientific manner, using published literature, to discuss the possible off-label use of a given drug.

I really feel that all would benefit.  The physician would be getting sound information to which they may not have been aware and the patient would receive evidenced based therapies which may currently be withheld from them over fears of unlabeled use.  To me, this is a no-brainer.

What else can be added? Thoughts or Comments?

I want to thank my friend and colleague Jeff Karr, DPM (www.osteomyelitiscenter.com) for alerting me to this news story.